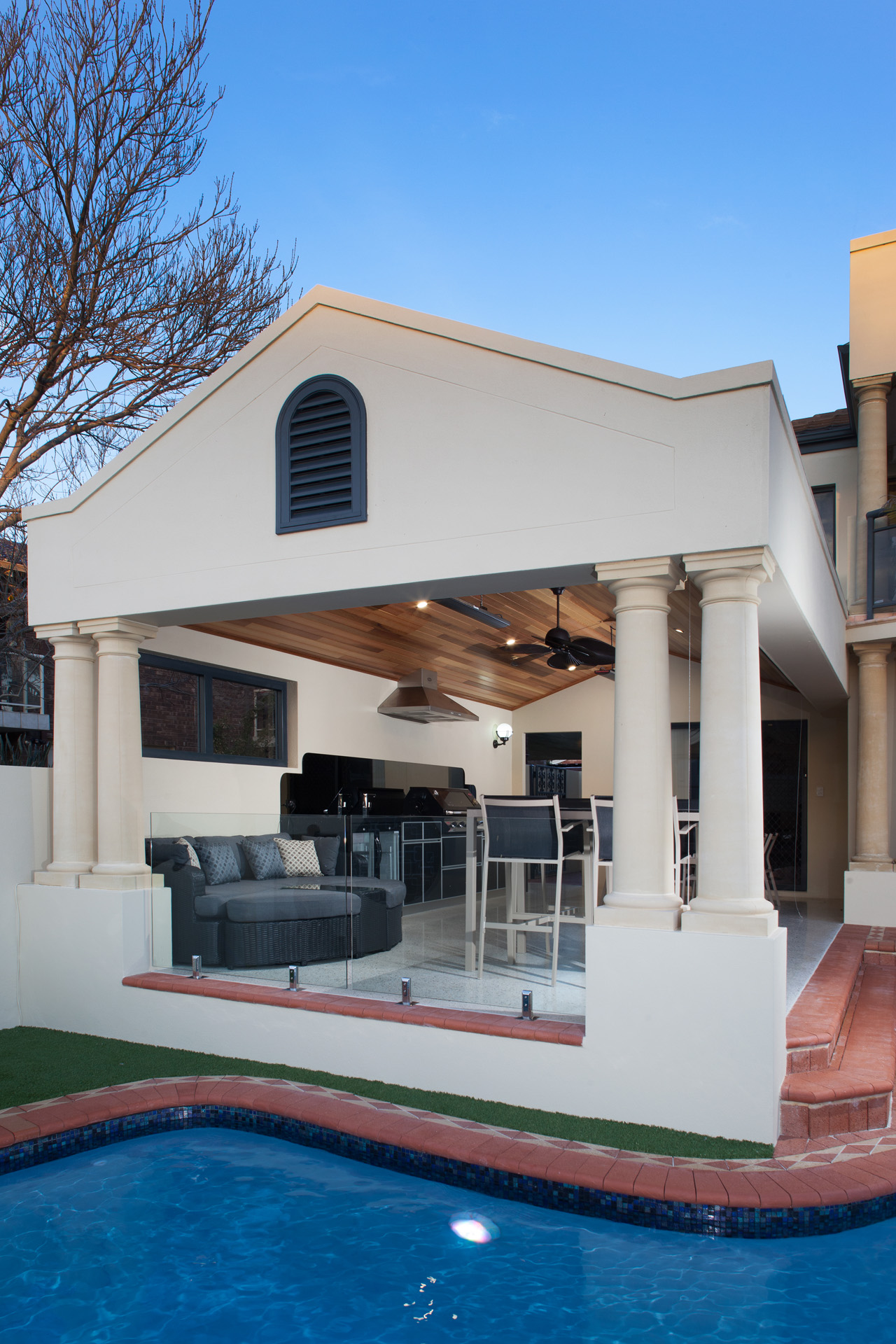 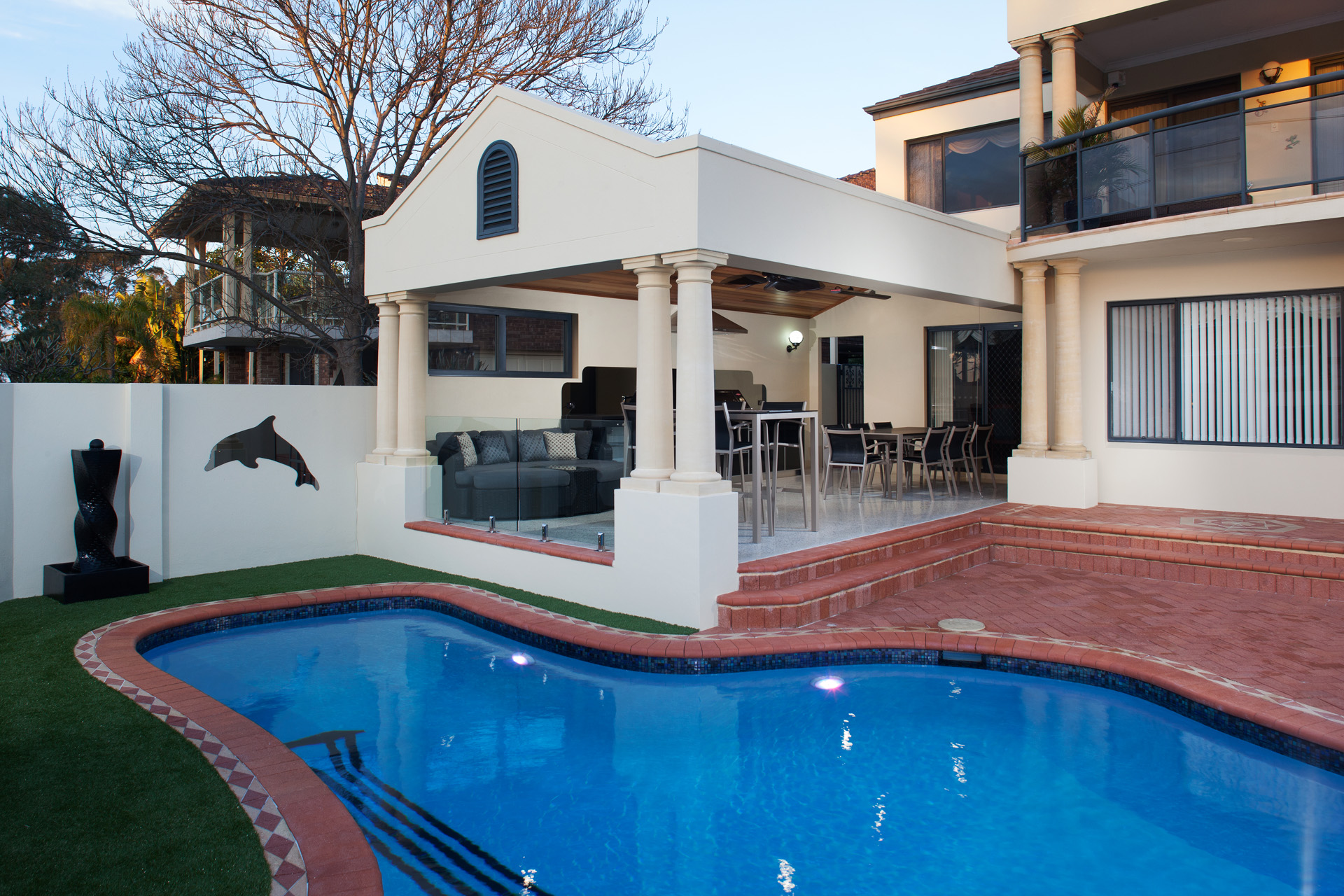 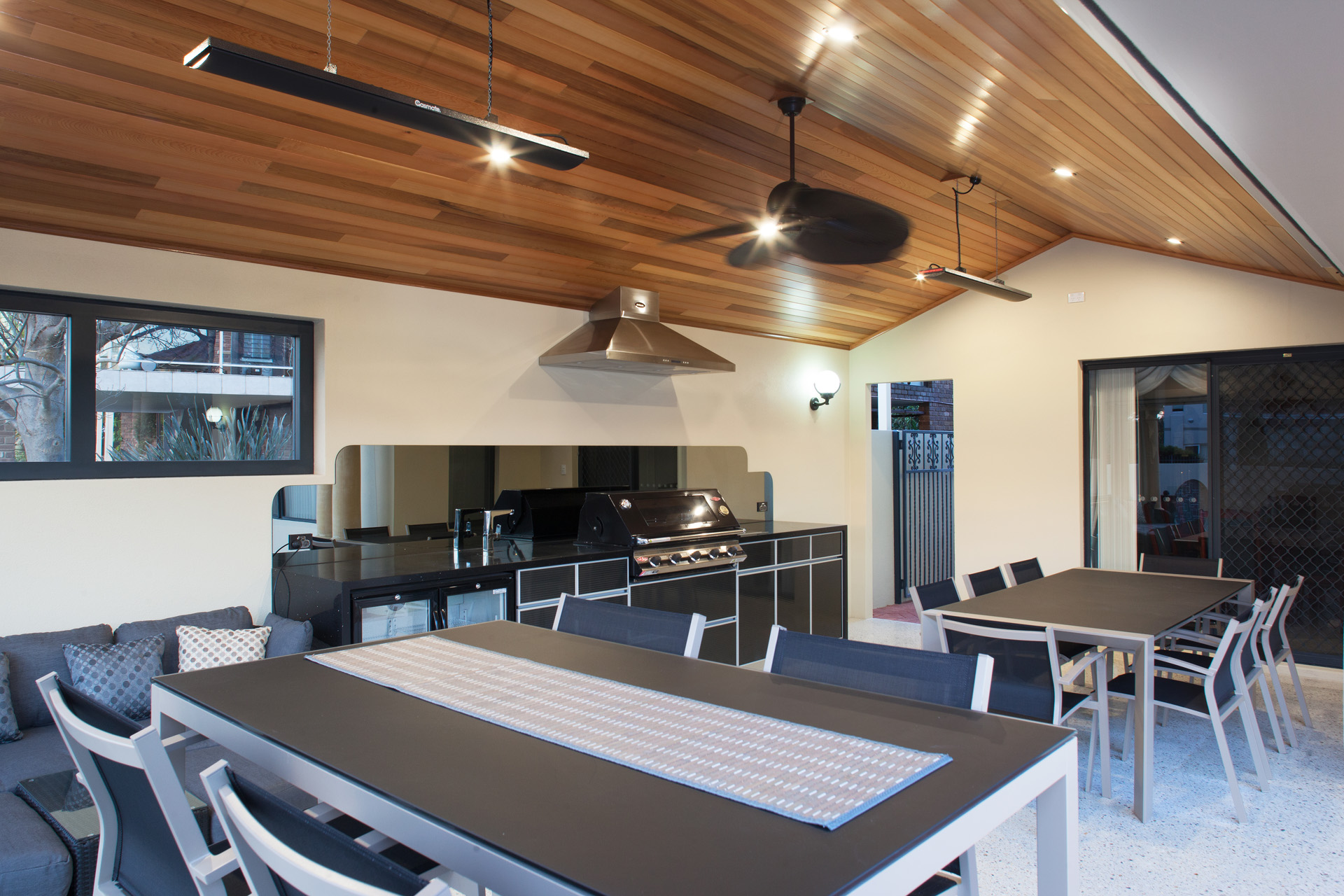 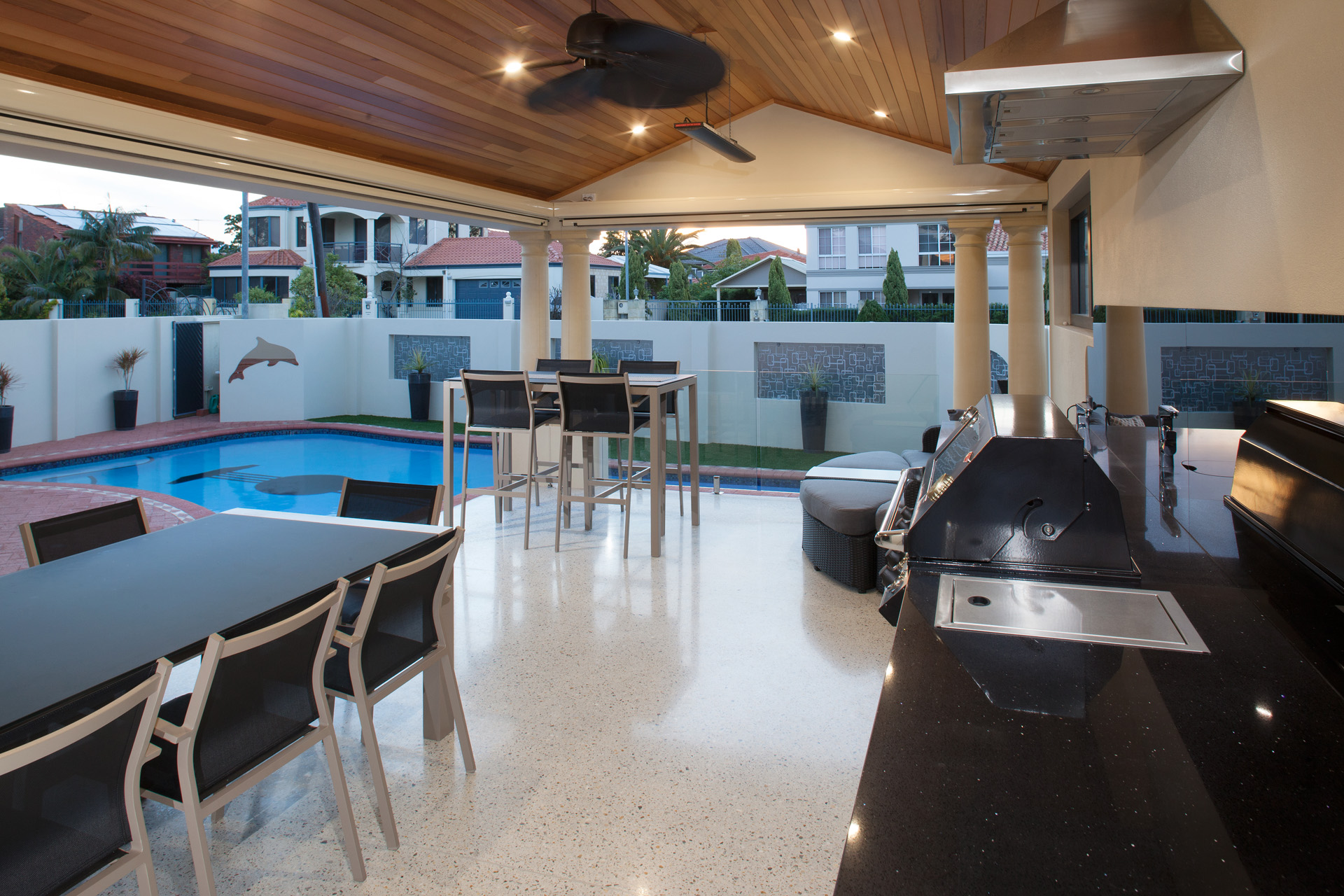 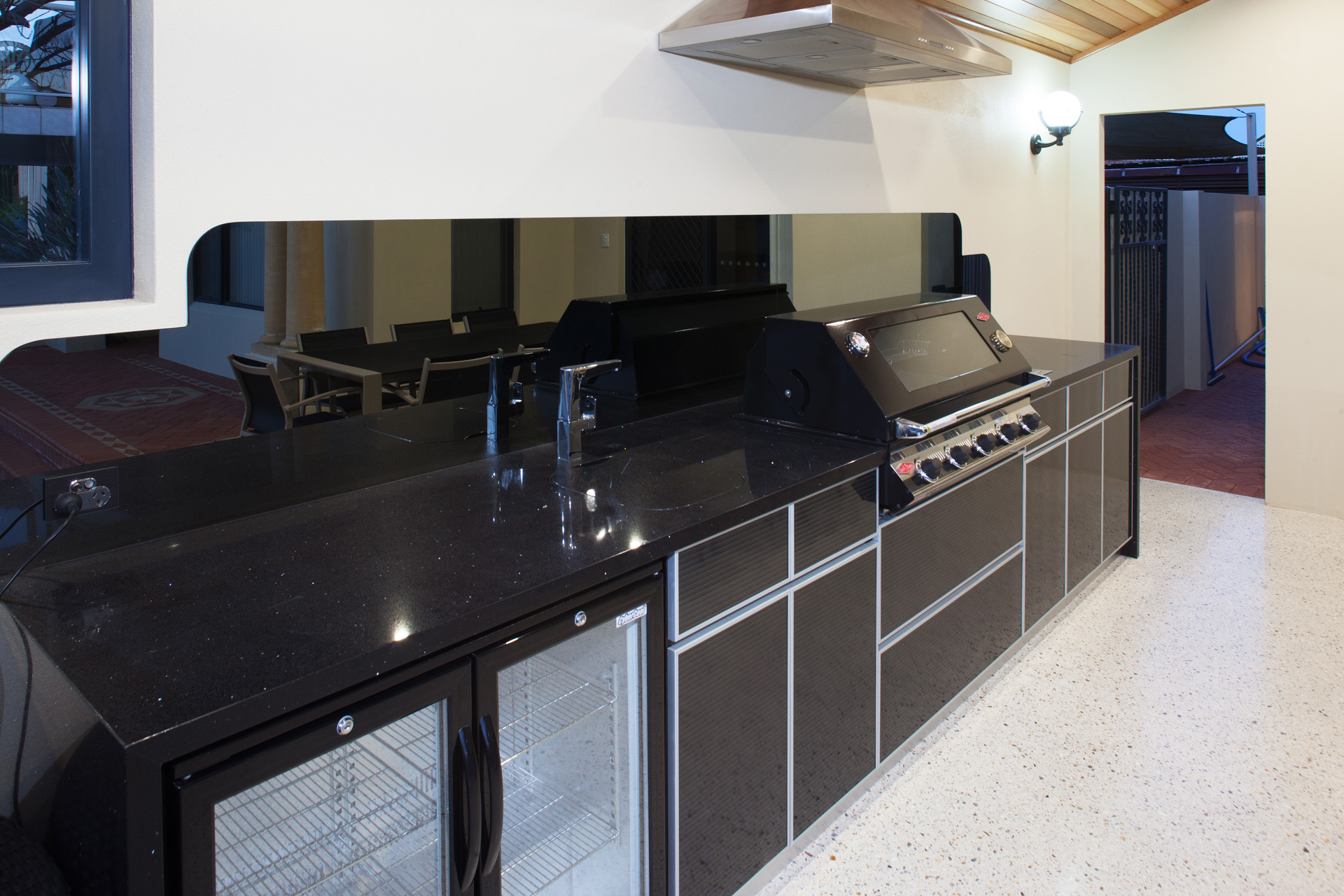 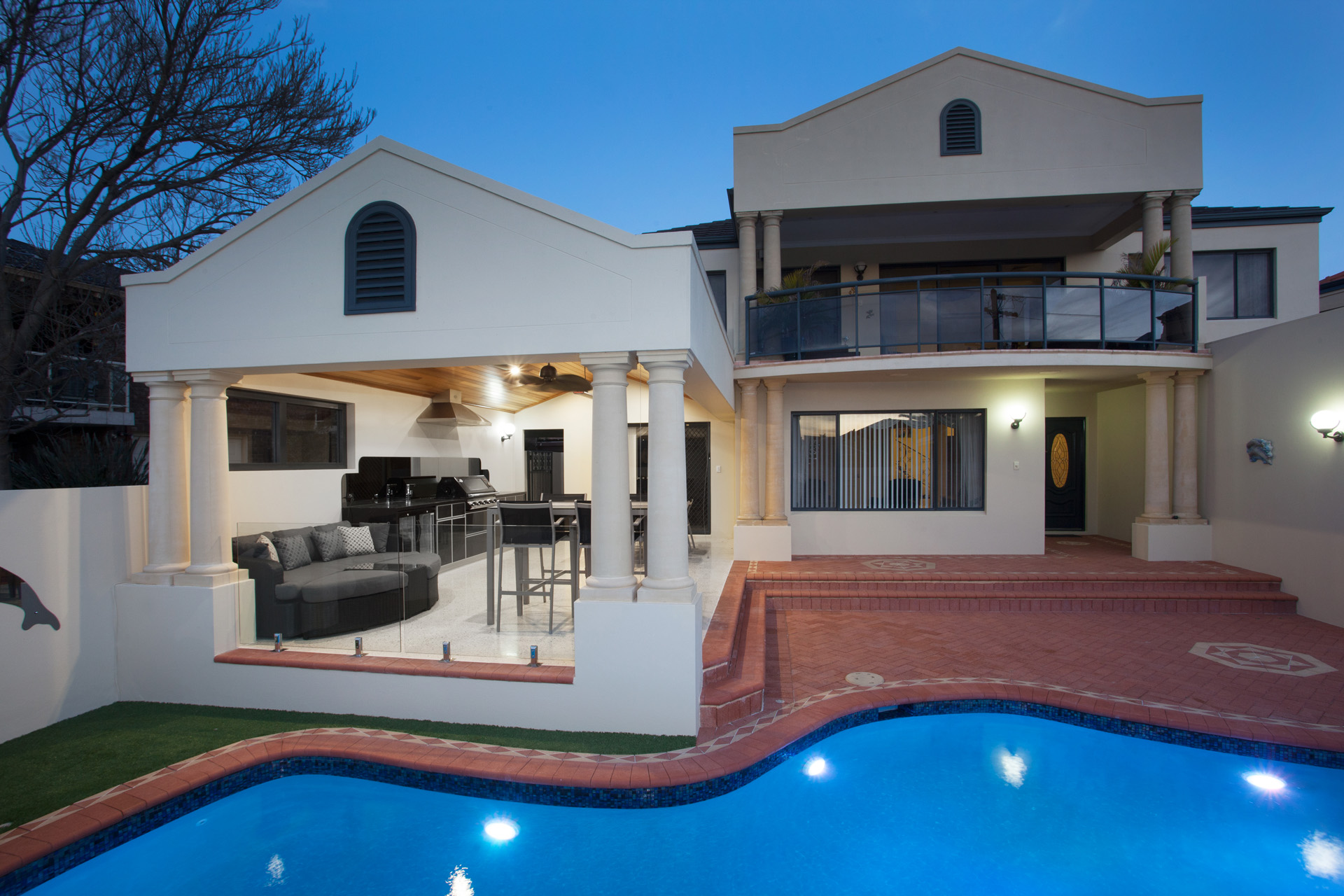 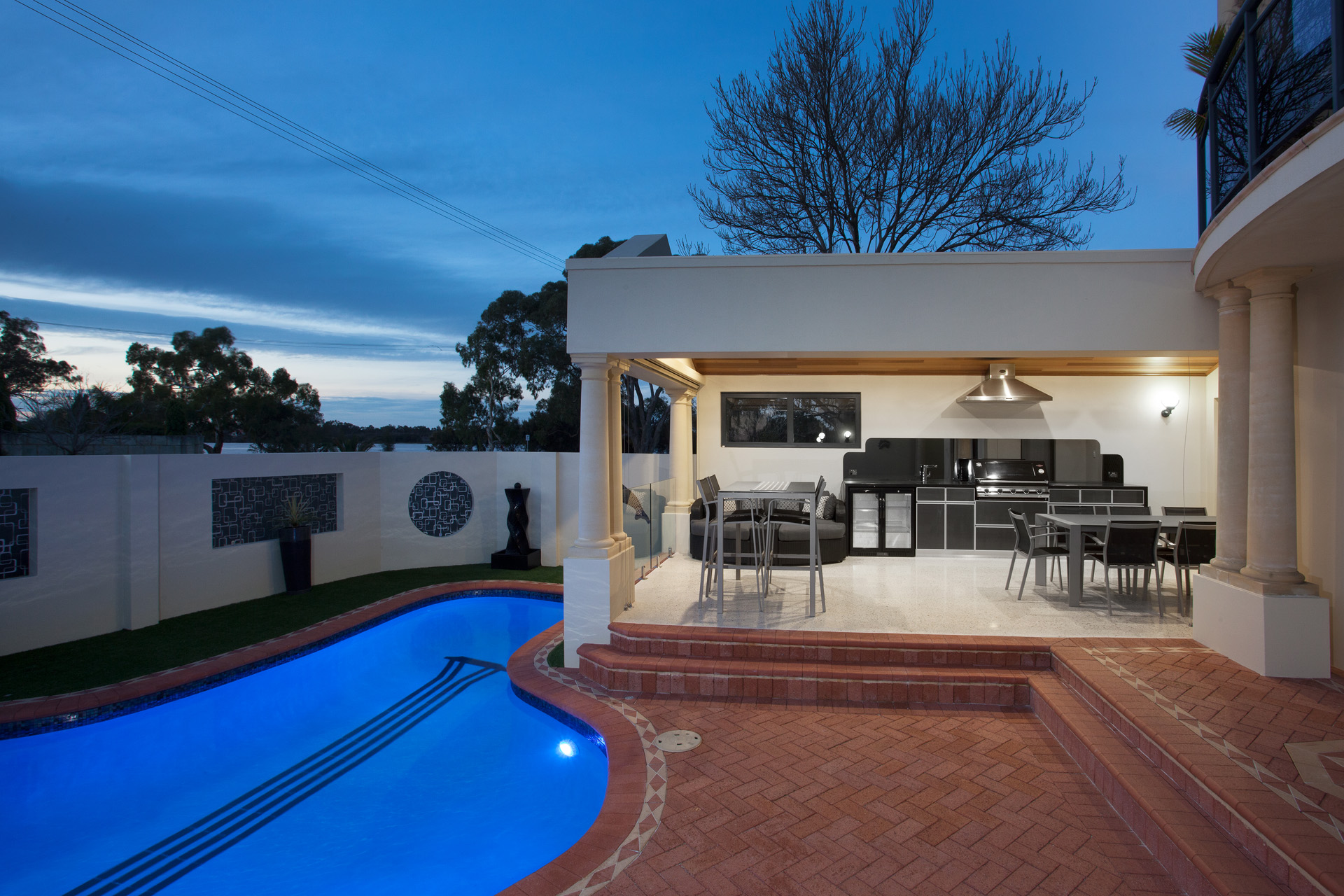 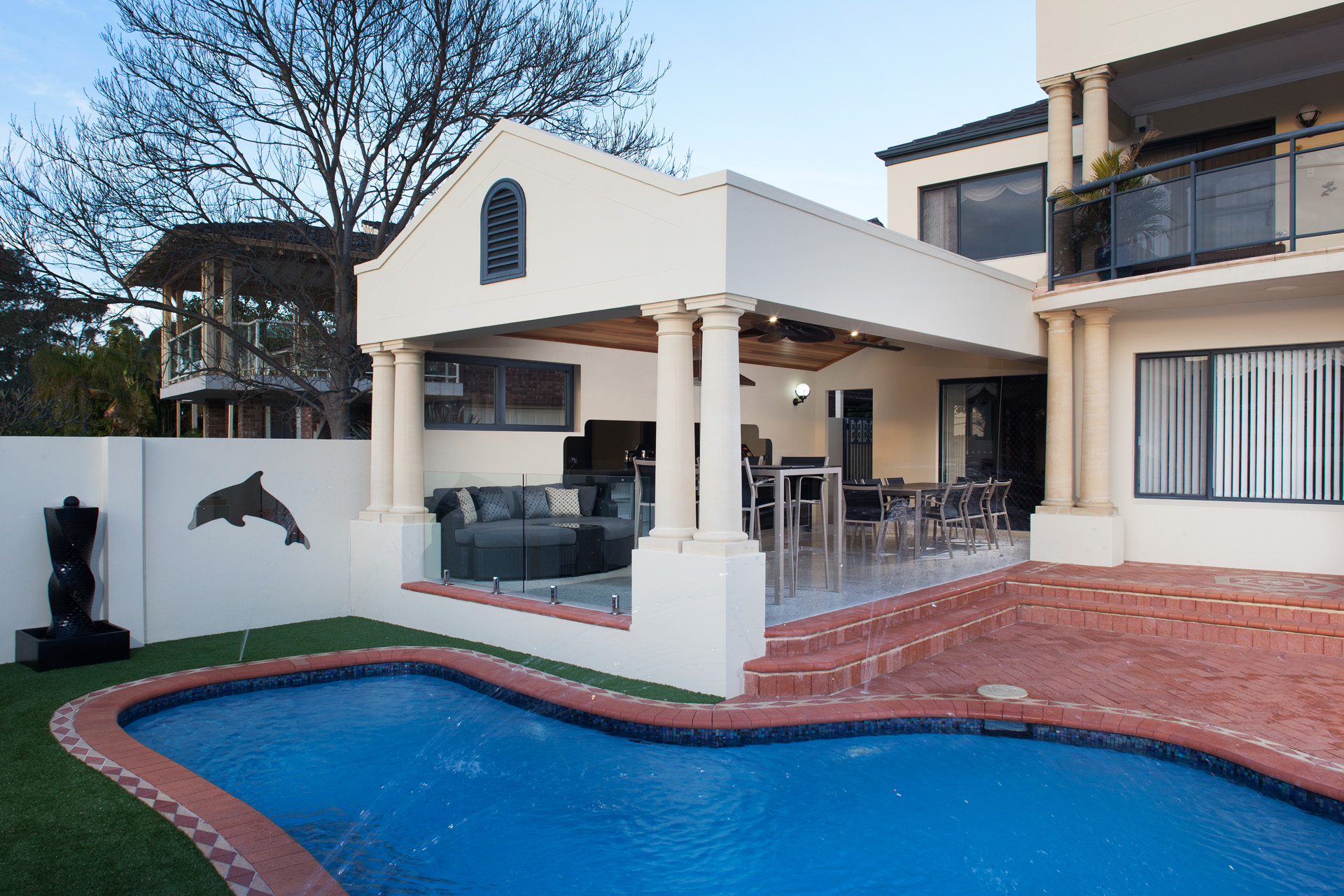 This project involved the addition of an alfresco area to the front of a riverside property including replicated sandstone columns to match the existing home. An outdoor kitchen with granite tops and glass splashbacks was also installed and a polished concrete floor completed the area.

Being riverside, the site had a tidal water table less than 500mm below ground level. The client was also renovating their swimming pool which would sit directly adjacent to the addition. This presented a significant challenge and extreme care was needed when dewatering and piling the site to support the new works.

The alfresco also incorporated solid sandstone columns. While we were able to salvage two of the columns, we had to have another two custom made to match the originals. Installation of the columns was a challenge due to access and their sheer size and weight.

In our further efforts to ensure consistency between the old and new, we had to look to the USA to source a matching gable vent after exhausting the list of Australian suppliers. Care was also taken in the design phase to ensure continuity between the gable end profiles of old and new.

Great care and attention to detail was taken when preparing the polished, exposed concrete slab, and the western red cedar lining to raked ceiling.

A fire rated window was installed on the boundary to enable a view to the river whilst cooking on the BBQ.

Back to Project Gallery
Budget Indicator

Enquire for your complimentary consultation.